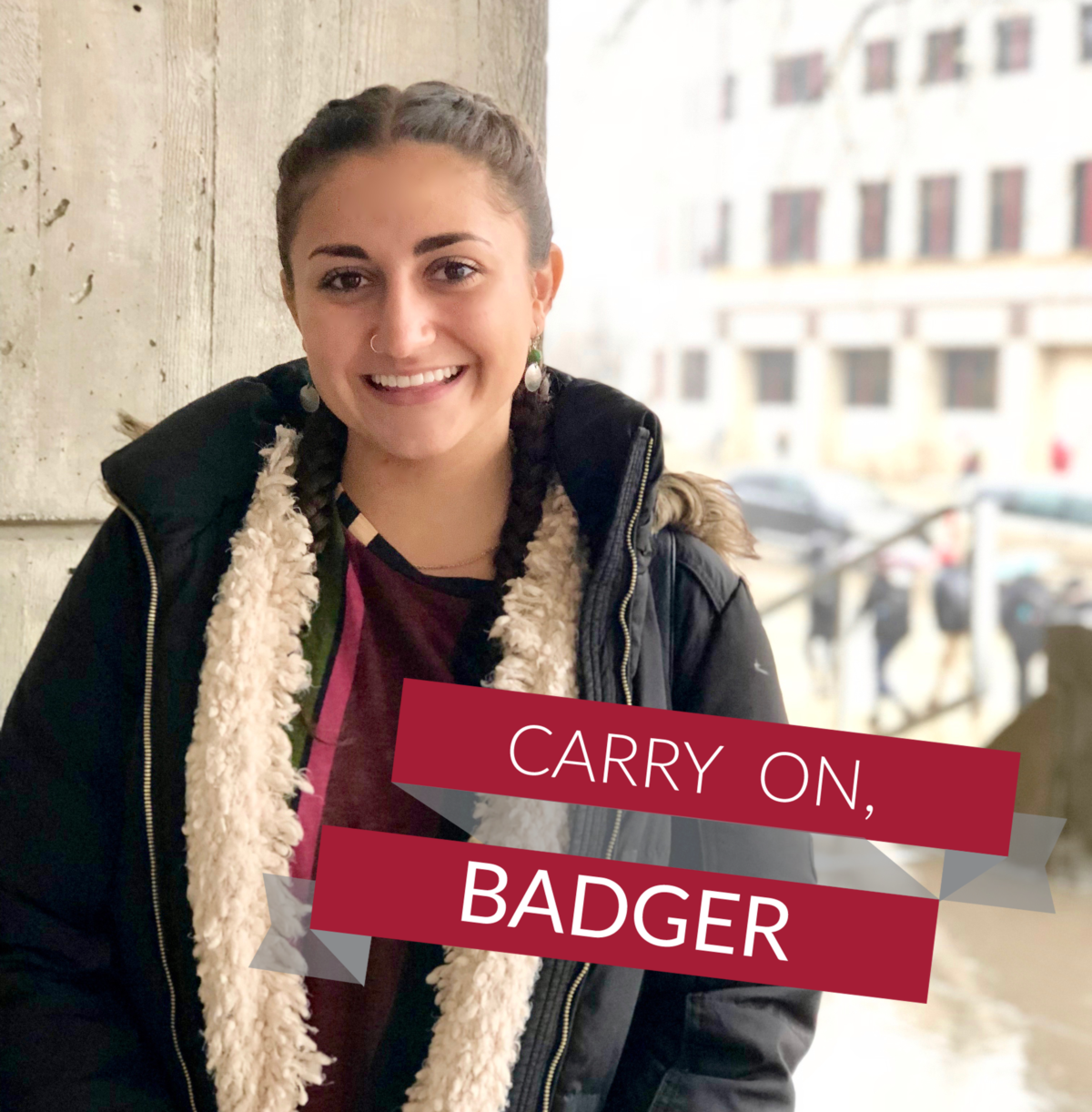 Buenos Aires, Argentina is 5,709 miles away from Madison, Wisconsin. But for Gabriella Sarno, previously a study abroad student in Argentina and now a senior at UW-Madison, the city almost immediately began to feel like home.

“My experience abroad opened my eyes,” Gabriella said. “I felt so comfortable, relating to so much of it. I kept thinking, ‘This is so normal. This makes so much sense.’”

Gabriella grew up with a special connection to the country. Her father was born and raised in Argentina and later immigrated to the U.S. He brought the Spanish language and other pieces of Argentine culture along with him, allowing Gabriella to grow up knowing the culture of her father’s home country.

However, at age 15, Gabriella experienced an unimaginable hardship; she lost her father to suicide.

Following the loss of her father, she always knew she wanted to go to Argentina and meet her extended family. When she studied abroad in Buenos Aires this past year, she finally got that chance and met her Argentinian family for the first time. She soon became fully immersed in the culture, which not only enhanced her Spanish-speaking skills, but served as a powerful connection to her father.

“I felt so welcomed and at home. It was very natural,” she said. “Every time I met someone it was so fulfilling, and I felt really connected not only to them but to my dad as well.”

Now in her final year at UW-Madison, Gabriella reflects on the journey that got her to where she is today.

“Being resilient doesn’t mean that it’s not hard, that it’s not a journey. It’s not an easy route,” she said. “It’s important to keep going, and to go into life with a healthy mindset.”

Gabriella now lets her passion for mental health awareness shine. As an Advanced Suicide Prevention and Mental Health Awareness Assistant at UHS, she is involved in the promotion of outreach programs such as At-Risk and informing students of the many resources on-campus.

“People get nervous talking about mental health, but by talking about it you’re helping them and you’re showing them that you’re genuinely concerned,” she explained. “Suicide is the second leading cause of death among college students. There is a misconception that talking about suicide will lead to suicide, but that’s not true. It actually helps reduce the risk.”

To connect with her peers, Gabriella creates accountability with her own friends. This can be as simple as having a study buddy that you see regularly and check in with, or send a short text saying, “Hope to see you soon.”

Additionally, Gabriella turns to social media as a source of positivity for those around her–and for herself.

“It’s important to share how I’m feeling. Even on Instagram, just saying that there’s someone there and being that positive light for people keeps it going,” she said.

It is a message shared by NAMI-UW, a student organization which aims to fight the stigma against mental illness through education, advocacy and support. One of their recent projects, the Bandana Project, aims to reduce the stigma around mental illness by wearing green, the color for suicide awareness. Gabriella wears her own green bandana on her backpack every day.

Gabriella reflects on how she continued to carry on after the loss of her father.

“I miss him every day. But I took it as ‘This is my life and I want to live it by sharing all of the love inside of me.’”

If your situation is immediately life threatening, please call 911 or go to the nearest hospital emergency room.