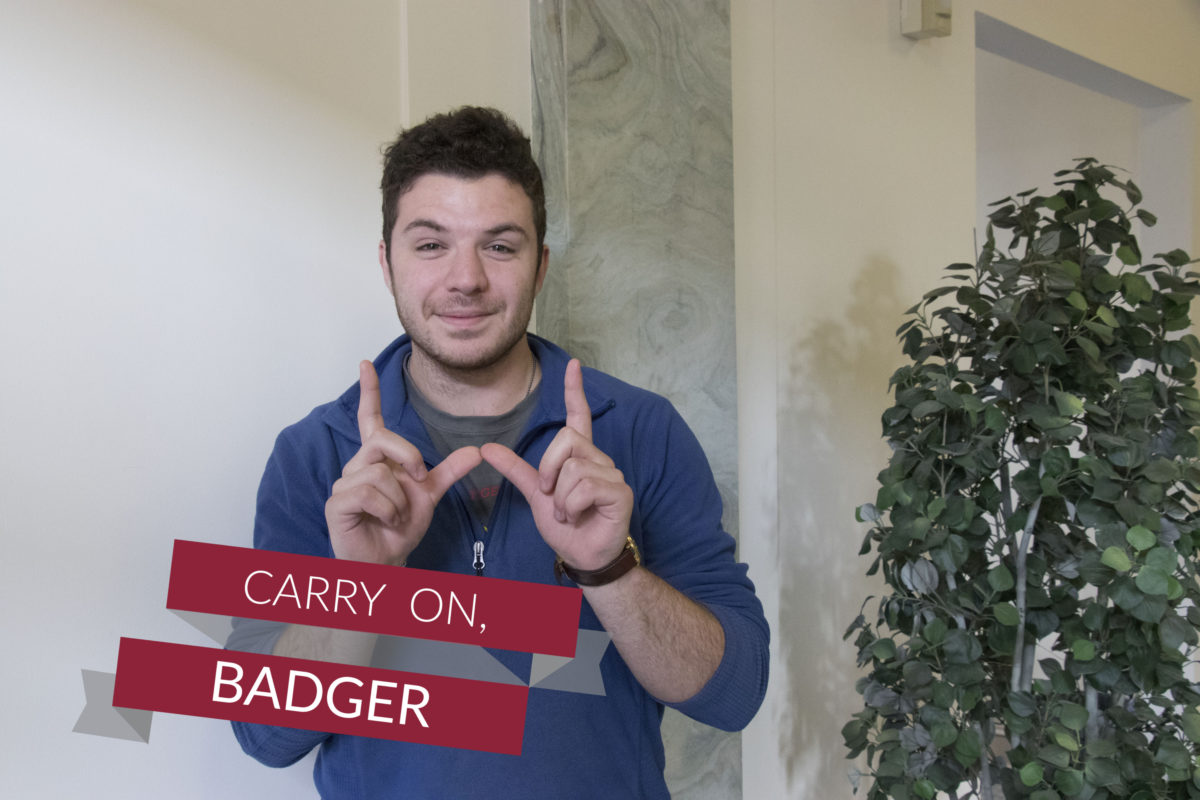 Yogev Ben-Yitschak sits at a large conference table in a bright, airy room on the fourth floor of the Student Activity Center. Through the clear walls, an expansive array of desks and workspaces fill the bustling office. The space is home to the student government body ASM, or Associated Students of Madison, where Yogev serves as the Outreach Director.

Sitting now in the headquarters of ASM, he reflects on the ups – and downs – that brought him to where he is today.

Yogev is currently a sophomore studying marketing with a certificate in digital studies. However, his journey began in high school, where he ran for a number of elected positions.

During his freshman year of high school, Yogev was elected to his chapter board of BBYO, a Jewish youth organization, where he served as Vice President of Israel Affairs. He successfully ran for the same position in the fall of his sophomore year of high school.

That spring, he ran again. And lost.

Throughout the rest of high school, Yogev would proceed to run for positions at both the chapter and regional levels of the organization. While he continued to lose elections, he never lost heart.

“I was super confident in myself on freshman chapter board. Then I had these three years of all downhill, but I kept going. I kept going for it. And in the end, I got the position I wanted,” Yogev says.

Following unsuccessful bids for a variety of positions, Yogev reached his senior year of high school. He decided to run as Vice President of Israel Affairs at the regional level–and won. With this victory came a bigger realization about the steps he took along the way to get there.

This persistence carried over into his freshman year at UW-Madison. He ran in the ASM freshman elections, where he lost in both the fall and spring semesters. But that didn’t deter him from staying involved with ASM and working hard to get to where he wanted to be.

“Even though I didn’t have a position, I made sure to stay involved in committees. I did the internship program. I made good friends and made a presence in the office,” Yogev explains.

He also reached out to ASM’s Outreach Director at the time, a connection that proved valuable when he ran for that very position at the end of his freshman year, using everything he had learned along the way. Now, Yogev uses his passion for creating connections in his role as ASM’s current Outreach Director.

This passion is what continually motivates him to strive to reach his goals. Sitting at the head of the table inside ASM’s office, he reflects on the value of resilience.

“No matter what somebody fails at, there’s all these opportunities to do similar things alongside it to get you ready for the next time…I would say most people are resilient by nature. But they just need the opportunity to show themselves how resilient they are,” he says.

This feature is part of our #CarryOnBadger campaign to promote resilience among our UW-Madison students. Share your story of resilience or an encouraging message to your peers using the hashtag #CarryOnBadger on Facebook, Instagram or Twitter an you’ll be entered to win a $25 gift card to the student unions.

Want to be featured in the campaign? Email us at admin@studentlife.wisc.edu to learn more.

If you’re interested in becoming more involved with ASM, you can attend one of their open committee meetings Mondays and Wednesdays in the Caucus Room on the 4th floor of the SAC. Committees are comprised of around 40 students that meet for an hour.

To learn more about ASM, visit their website here: https://www.asm.wisc.edu/.